Home ❯ News ❯ With 2020 Hindsight: The year in review from a Family Law perspective

With 2020 Hindsight: The year in review from a Family Law perspective

2020 is not a year that we will forget in a hurry, although it’s one that most are happy to see coming to an end.

With only a few more business days left before we break for Christmas, I thought it might be nice to reflect on the year that was (if only for cathartic reasons).

It started off usual and well.  Plenty of work, everyone busy and looking forward to a year of growth and productivity.  By mid February the news of another SARS virus emerging from Asia was getting more air time on the news cycle, but certainly was not getting much traction from the general public.  In late February/early March, 2020 everyone knew someone who worked in the State Government Health System who was talking up this virus as likely to have an Armageddon-like impact on the Australian health system.  On 11 March, 2020 the World Health Organisation declared a pandemic.

Within days, international borders were locked down, millions of jobs were lost , the share market crashed and the Prime Minister was holding almost daily nationally televised addresses.  There was certainly a widespread level of fear which I have not personally encountered in my lifetime and which I can only imagine has previously been felt during periods of world war.  The fear was not so much about ones own health, but the uncertainty over their future, mostly in an economic sense.

Fortunately, Australia has been able to handle the economic and health crisis very well and has been a world leader, with no small thanks to our relatively small population and our geographic standing.

The above was experienced by all, but below are some of the things we experienced in family law as a result of COVID-19 :-

The biggest impact of COVID on family law is that it has caused an even greater backlog of work for the Courts.  Those months where matters were not dealt with has caused what many already considered a broken system to become even more overloaded.  Parties seeking access to the Court system are now exposed to even greater delays.

The Federal Government has announced a program called the Lighthouse Project, which is contended to be a response to cases which involve family violence, where resources will be prioritised so that less delay is experienced for those litigants.

The other initiative of the Federal Government has been a push to resolve matters via alternative dispute resolution (ADR) and the government has funded the appointment of a number of Registrars to each Registry, who will provide mediation services at very low to no cost to users.  I recently spoke with one of the newly appointed Registrars who advised that there is an abundance of work, but in the short time since being appointed, he has been able to assist many parties resolve their matters so as to be able to exit the Court system.

We sadly lost one of our Federal Circuit Court Judges this year in tragic circumstances, which highlighted the serious psychological impact on not only users of the Family Court system, but to those working within it – even Judges.  I have previously posted an article on the need to appoint more Judges to ease their workload and whilst that may be at a cost to the tax payer, I wondered out loud what are the long term costs to tax payers by having families (including children) caught up in the family law system for extended periods of time.

As I type this article, the Gold Coast (along with other parts of the Eastern Coast of Australia) is experiencing close to cyclonic conditions, with heavy rainfall, strong winds and high tides – washing away our beaches and breaching rivers and revetment walls.  I will, along with most, be happy to see 2020 washed away and I happily welcome the new year. 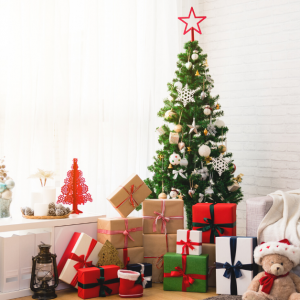