Home ❯ News ❯ Spare a thought for parents stuck in the family law courts. How you can avoid it!

Spare a thought for parents stuck in the family law courts. How you can avoid it!

As any reader with children would know, parenthood is tough.

Spare a thought for those working single parents going through family law proceedings, where the other parent is violent, has unmanaged mental health issues, partakes in illicit or prescription drug or alcohol abuse, or presents some other risk.  I act, and have acted over the years, for many clients who are in that situation.

In more recent years, I have had the unfortunate job of telling clients in this predicament that they could wait four (4) years for their matter to be resolved.  When I deliver the news, it is another kick in the guts to these parents who already have too much on their plate.  Clients invariably ask how could it be possible that there is such delay.  I explain that it is primarily because there are not enough Judges to deal with all of the families who find themselves in Court.  There is nothing remarkable in this view, it is widely held and widely accepted by all stakeholders – the legal profession, the government and the judiciary alike.

I am angered by the current Attorney-General’s constant criticism of the legal profession, accusing lawyers of causing the problems.  I accept that there are a limited number of family lawyers who have an eye on their own bank accounts, rather than focusing on exploring opportunities to  resolve a case early for their clients – but the reality is that, overwhelmingly, lawyers who specialise in family law are not driven by economics.  If they were, they would pursue other areas of law which are far more lucrative.

I am also tired of reading news articles blaming the Judges.  Most of the Judges in the family law jurisdiction take massive pay cuts when they move to the bench despite their workloads increasing.  Judges are rarely thanked, and regularly (unfairly) criticised.

It is time for the government to stop mucking around and do what everyone knows and accepts needs to be done.  Find the funding  for more Judges.  I wonder how much money has been spent on the  recent ALRC review of the family law system, or the Attorney-General’s push for the removal of a specialised Court (the Family Court and Federal Circuit Court Merger Bill).  I wonder whether the government has spent any time considering the loss to productivity (and therefore government revenue) in having families tied up in the family law courts for so many years.  Has the government considered what the long term social and economic costs are of having a generation of children who are the victims of the current family law court system.

The immediate appointment of more Judges needs to happen, but whether it does, I am not confident.

So where does that leave you,  a potential user of the family law Courts?

If you are recently separated or are contemplating separating, then there are some things that you can do to avoid finding yourself in the family law courts.  Believe it or not, it starts with making an appointment with a Specialist Family Lawyer.  Being informed of the law, how it works, the processes, being directed to literature on raising children in a separated family dynamic, being provided with the names of the best and most effective family dispute resolution practitioners (mediators), will all go a long way to giving you the knowledge and tools to be able to avoid Court.

What I often see is the situation where parents have made concessions and agreed to parenting arrangements which are plainly not suitable for the children, but did so because they so strongly wished to avoid Court.  Had those parents come in early and taken advice, they would not have made the mistake.  Having to undo these poor decisions is costly in terms of time, money and emotion not to mention the damage and harm it causes to the children.

I will keep advocating for the appointment of more Judges, but in the meantime, I remain available (along with the team at Evans Brandon Family Lawyers) to assist anyone who is in need of Expert Family Law advice. 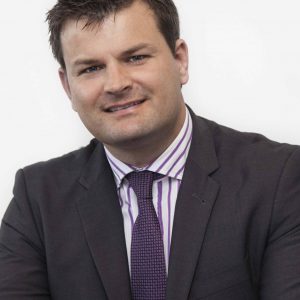